check out our newly

Things to Do in West Hollywood

How To See And Do It All

Le Parc Suite Hotel is ideally located within a mile or two of some of Los Angeles’ most famous attractions. Within minutes you can be exploring the iconic Sunset Strip, Hollywood’s Walk of Fame, the Pacific Design Center and so much more. From your comfortable home away from home, some of the most revered music and entertainment venues in the world are also within easy reach—Hollywood Bowl, Dolby Theatre and Hollywood & Highland among them. Your stay at Le Parc Suite Hotel promises a relaxing home base, a place to unwind and relax after the whirlwind of seeing and doing it all. 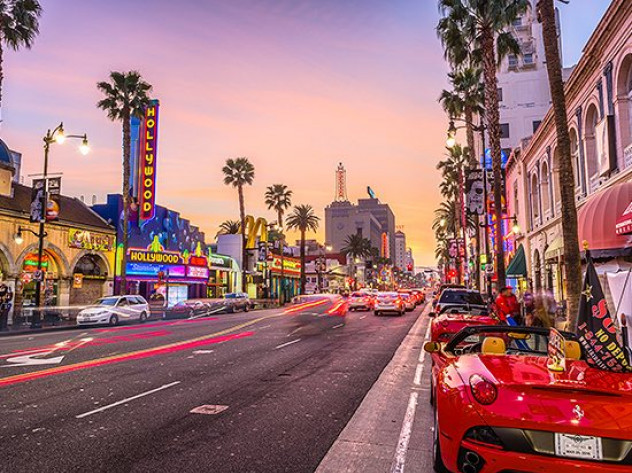 Nicknamed the Fabulous Forum, this iconic indoor arena in Inglewood was once home to the L.A. Lakers. Revived in recent years, it is now the largest performance venue in the U.S. designed with a focus on music and entertainment.

An Art Deco landmark, the historic Saban Theatre is located in Beverly Hills, California. It was designed by architect S. Charles Lee and is listed on the National Register of Historic Places.

The Walt Disney Concert Hall is one of the most recognized architectural landmarks on the West Coast as well as one of the world's most sophisticated performance venues. Home to the Los Angeles Philharmonic Orchestra, it features over 150 concerts annually. Come experience some of the most unforgettable Los Angeles cultural events here.

If you are hoping to see live entertainment in Los Angeles you must visit the Microsoft Theatre in downtown Los Angeles. The 7,100-seat venue features artists like the Eagles, Dixie Chicks, Sugarland and Queens of the Stone Age. In addition, the Microsoft Theatre has hosted many exciting events like the So You Think You Can Dance? Tour and “American Music Awards” show.

Home to the NBA’s Lakers and Clippers, the WNBA’s Sparks and the NHL’s Kings, since opening with none other than the Boss himself, Bruce Springsteen, the Staples Center has staged major concerts by big-name music acts including Barbara Streisand, Bette Midler, Eric Clapton, the Eurythmics, Madonna, and the Eagles, with special guest appearances by Jackson Browne and Linda Ronstadt.

Le Parc is one of the top hotels near Shrine Auditorium, a one-of-a-kind, 6,300 seat Los Angeles concert venue that hosts touring companies from all over the world, assorted gospel and choral groups, and other musical acts, such as David Bowie, U2, and others, as well as high-profile televised awards shows such as the American Music Awards and the Grammys.

Since opening in 1940 as the home of the "King of the Big Band Ballrooms," The Hollywood Palladium has hosted every major musical performer from Frank Sinatra to the Grateful Dead, to the Rolling Stones, and countless other Hollywood concerts.

The summer home of the Los Angeles Philharmonic, The Hollywood Bowl presents thrilling evenings of extraordinary Hollywood concerts, dining under the stars and spectacular fireworks. Legendary artists such as Pavarotti, Barbara Streisand, The Beatles, Garth Brooks, Nat King Cole, Ella Fitzgerald, and a host of others have headlined star-studded shows at this L.A. landmark.

This picturesque outdoor theatre in Griffith Park hosts premier Los Angeles shows in an intimate setting complete with breathtaking site lines. Enjoy top artists perform in state-of-the-art acoustics, and discover why the legendary Greek Theatre has become a cultural icon of LA and a world-renowned venue.

The cornerstone of The Music Center of Los Angeles County, the Dorothy Chandler Pavilion is home to the Los Angeles Opera where Plácido Domingo, its General Director, and his artistic and administrative team, present stunning operatic productions. 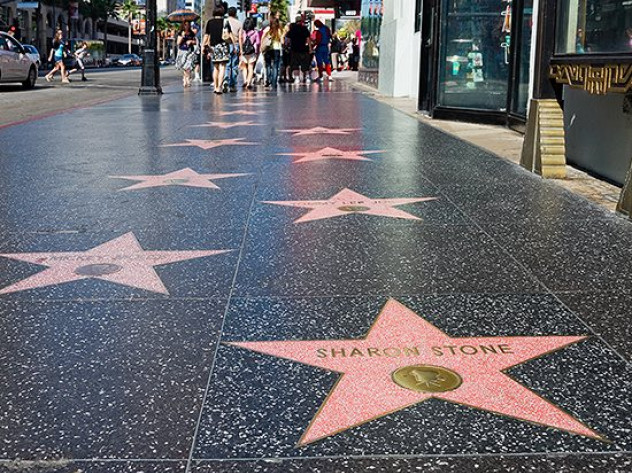 Having a designated star on the Hollywood Walk of Fame is a great privilege. See if you can find your favorite celebrity's star.

Featuring replicas of famous celebrities, the Wax Museum is located on Hollywood Boulevard and is rampant with photo opportunities. Call 323-798-1670.

Take the famous backlot tour or check out rides and attractions that include Transformers: The Ride-3D, Jurassic Park - The Ride, Revenge of the Mummy Ride and, last but not least, the brand-new Wizarding World of Harry Potter. Call 1-800-864-8377.

This live escape game is designed for groups from 2 to 6 people. Players have 60 minutes to overcome a series of brain twisting puzzles to complete the mission. Call 310-869-7167.

Starline is famous for their hop-on, hop-off tours, but there are many choices for scoping out celebrity houses and hotspots. Call 323-928-2024.

Yes, the Sunset Strip is an epic destination for bars and nightclubs, but it's also a great place to practice the art of celeb-spotting, a big hit with kids and teens. Hint: Keep your eyes on the paparazzi to lead you to celebrity gold. 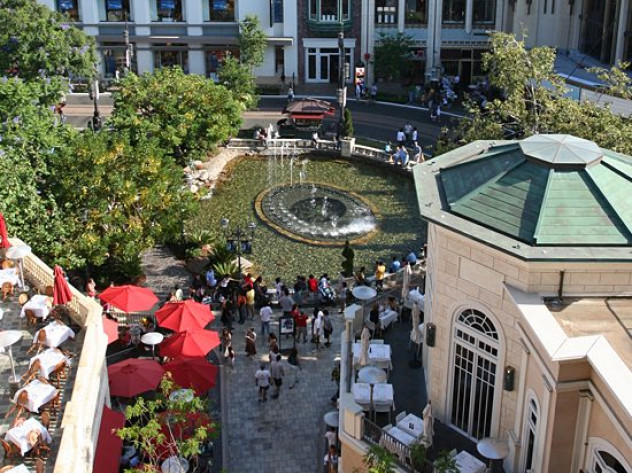 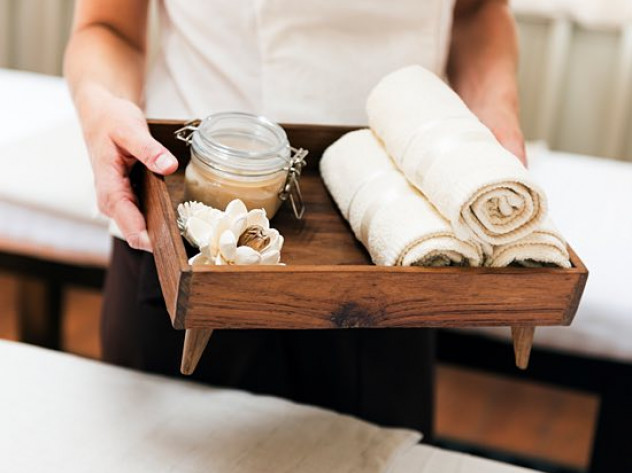 A delightfully inexpensive choice for foot reflexology and a relaxing body rub, this West Hollywood spa offers a detoxifying mineral foot bath before indulging your body with a relaxing pressure point massage.

Indulge in the benefits of natural skin care favored by celebrities at Ole Henriksen Face & Body Spa, offering a personalized skin analysis upon your visit, a variety of face and body treatments and an onsite shop to take your rejuvenation home with you.

Just a short drive away, Burke Williams is synonymous with relaxation. Plan to set aside a few hours for their incredible full body treatments, including massages, wraps, facials and more. The spa also features a quiet room, hot tubs, saunas and steam rooms.

Immerse yourself in a serene oasis which offers guests a blend of old world spa traditions and modern luxury. It's the perfect spot for total relaxation and rejuvenation. The spa is a 15,000 sq. ft. facility with European and Asian style saunas and scrub rooms, a large indoor swimming pool, cold plunge, Jacuzzi and unique top-of-the-line spa treatments.

Enjoy everything from a Swedish massage to clarifying facial to hair removal services. Guests also enjoy access to the hydrotherapy rooms.

The Humble Abode is an exquisite spa in a serene cottage setting located within walking distance of the hotel. In addition to facials, massages, they offer yoga and pilates classes. 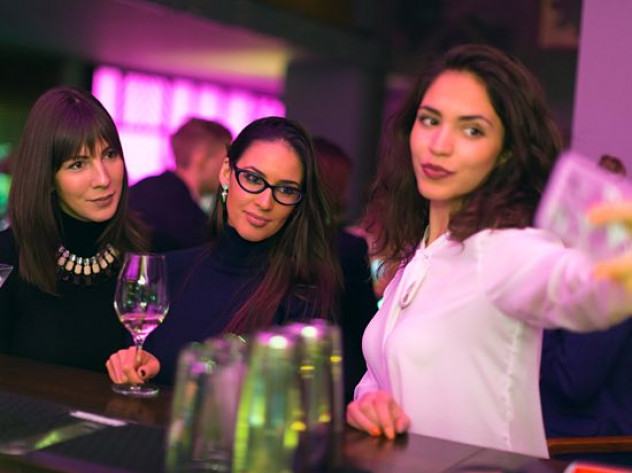 Le Parc Suites is pleased to be a TAG-approved hotel, meaning we don't just offer the best access to gay culture, but we also support the LGBTIQA+ community through our employment policies and services. As a TAG approved hotel, we:

Started in 1970, LA Pride honors what many consider to be one of the foremost events in the history of lesbian and gay rights, the Stonewall Riots, which took place on June 28, 1969 at Manhattan's Stonewall gay bar. Every year in June, the festival brings prominent speakers, marches, parades, musical events and more in celebration. Learn more about this year's LA Pride here.

From showgirls to $5 drink specials to 90's nights, Micky's likes to mix things up for patrons, and also offers VIP bottle service with priority admission if you feel like getting the red carpet treatment.

The friendly, laid-back crowd at this veteran West Hollywood bar come here for the pool tables, sports on the multiple TVs and the all-day well-drink specials.

FuBar is "not your father's gay bar." Enjoy a strong drink poured by tattooed and pierced bartenders in a dark and steamy setting. Open seven days a week.

This ultra-friendly neighborhood bar is stylistically retro and might actually make you forget you're in West Hollywood with its wood paneling and alternative vibe. Busier nights bring a DJ playing pop remixes and the boys grouped around the pool table.

This West Hollywood gay club encompasses two levels of dancing to pop/dance for a younger crowd of men and women. Bar also features a lively patio for outdoor fun.

Dance beneath elegant floor-to-ceiling chandeliers in this 15,000-square-foot West Hollywood hotspot, the area's largest dance club. It is only open certain nights, so be sure to call in advance before you get dancing shoes on.

This part bar and part coffeehouse is home to a large crowd nightly, filling the lounge on the patio beneath the California sky. Sip apple martinis, fruit smoothies, and coffee drinks while experiencing this pinnacle of West Hollywood gay nightlife. 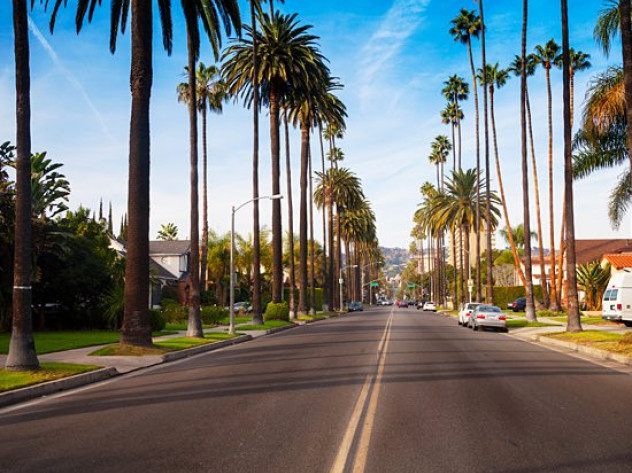 Shopping For Your Space 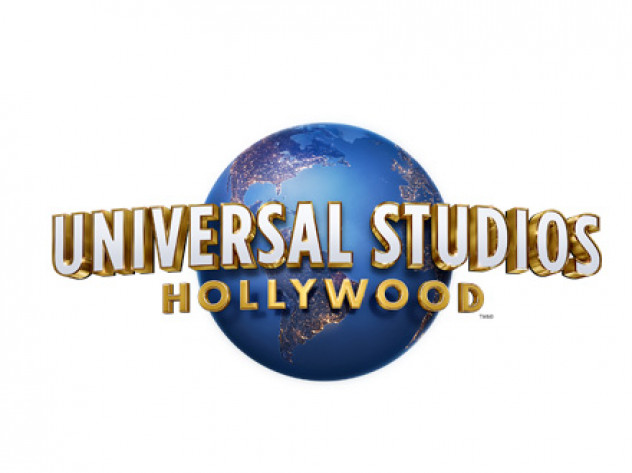 Planning a day-trip to Universal Studios Hollywood? Skip standing in line and score your tickets right here at our concierge desk! The exhilarating theme park is only 6 miles away from our front door, and sure to be a highlight of your trip to LA.